Only a few weeks after nation was left reeling from a racially motivated mass shooting in Buffalo New York, the nation’s sorrow continued when 19 kids and 2 teachers were killed during a mass shooting at Robb Elementary school in Texas. The mass shooter was a 18 year old named Salvador Ramos. Recently his neighbor revealed the alleged motive behind the massacre.

According to Texas local news station ‘Newsy’ Salvador Ramos’ neighbor named Eduardo Trinidad learned of Ramos’ motive from his grandmother. He explained that Salvador Ramos shot his grandmother after getting in argument, before getting in his car and driving to Robb Elementary school. Upon his arrival he exited the vehicle with 2 weapons and began opening fire on innocent children and teachers.

According to his neighbor Salvador Ramos was angry that he wasn’t going to graduate from high school. Ramos attended Uvalde High School whose graduation commencement ceremony was scheduled for May 27. His way of venting his anger was to go on a killing spree at an elementary school, which is a clear sign of mental illness. His grandmother survived the shooting, but is still in critical condition.

In an interview with Washington Post Salvador Ramos’ friend Santos Valdez claimed that he saw his behavior become erratic over the past few years. He said Ramos would shoot people with his BB gun for fun, but that wasn’t what stood out most about his increasingly strange behavior. He recalled a day when Salvador Ramos had self inflicted cuts all over his face from slashing himself with a knife for fun. More clear signs that Salvador Ramos was mentally ill. In addition it was alleged that students at his high school bullied Salvador Ramos because he had a stutter.

Similar to how Payton Gendron posted a manifesto online before the Buffalo NY mass shooting, Salvador Ramos posted online beforehand as well put in a different way. There was no Salvador Ramos manifesto, but he posted pictures of guns he bought for his 18th birthday online, and bragged about them which investigators believe was to hint at his future plans. He was able to purchase the gun due to recent Texas gun law changed that reduced the minimum age to legally purchase firearms from 21 to 18 years old.

These mass shootings are happening more often than ever before, which has left people searching for answers on how to resolve the issues that lead to these incidents. There seems widespread mental illness that is intersecting with gun control issues, which is a tough problem to solve, mainly because mental illness is not easily diagnosed unless the affected person is willing to get help. Prayers up for all the victims, and survivors of this tragedy. 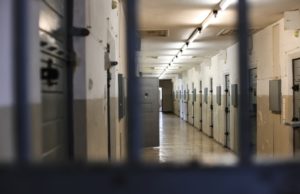 A new picture of NBA Youngboy in prison is going viral for two reasons. The first reason... 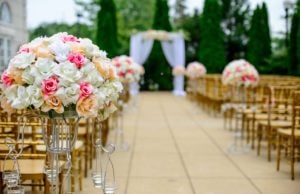 Did Kanye West Get Married to a Yeezy Employee in a...

Just a few days ago Tyson Fury announced a match with Anthony Joshua taking place on August 14 in Saudi Arabia. People were confused,...