Unidentified Flying Objects are one of the biggest mysteries in the world right now with constant flow of videos being leaked by the government. These videos usually show the military observing a UFO, but not actually engaging it. That all changed in the some of the newest footage released to the public. The video shows US Military shooting UFOs with a sidewinder missile, and what happened after was very scary.

In the video there are four circular shaped UFOs floating above ocean, and dripping an unknown substance into the water. These UFOs were unaffected by a sidewinder missile shot by the US Military. After a massive explosion the dust settles, and they are still in the same spot. The video is troubling, because it shows the human race would likely have no way of defending itself against the creators of these mysteries machines.

How Big is a Sidewinder Missile?

A sidewinder missile is about 10 feet long, and usually weighs around 200 pounds. It is able deliver an annular blast fragmentation warhead as far as 10 miles.

This weapon is iconic for the amount of damage they can do to large planes, so to see a UFO hit by a Sidewinder missile completely unaffected is scary.

The best case scenario in a situation where a UFO can’t be harmed by modern weaponry would be for it be a creation of Aliens. The worst case scenario would if a foreign country has discovered a new type of technology. The United States military has already stated they are more worried about possibility of it being foreign technology. 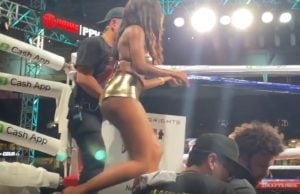 How do you know when the internet is tired of a gimmick that made you famous? The...
- Advertisement - 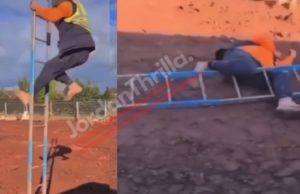 With the Crate Challenge taking social media by storm, and causing numerous injuries around the world, an... 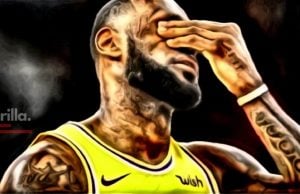