JordanThrilla
Home Gaming Want a Gucci Xbox Series X? Details on When and Where You...

Gucci is known for being one of the most popular high end fashion brands on the market, not only for their unique designs, but also because of their unique collaborations. The trend continues as Gucci has now entered the video game market targeting the Xbox faithful who want to have a collectors item.

What is the Gucci Xbox Series X?

How Much the Will the Gucci Xbox Cost?

As expected with any release from a premium brand like Gucci, you should be expecting to pay a hefty price. Each Gucci Xbox Series X will cost $10,000 before tax, and only 100 units will be made available worldwide. As bonus a membership to Xbox Ultimate Game pass will be included, so you technically won’t have to pay for any games, as long as they are included in the ever growing Game Pass library. Keep in mind Xbox Ultimate Game Pass also includes XCloud game streaming.

Where Can you Buy the Gucci Xbox Series X?

The Gucci Xbox Series X will be available for purchase at 8 Gucci stores across the world. These stores include:

What is the Gucci Xbox Series X Release Date?

As of the now the official Gucci Xbox release date is November 17, 2021. It’s not clear if pre-orders will be made available since it will be a collectors item. 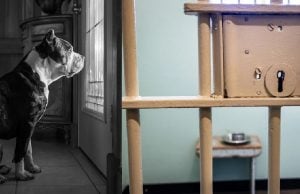 A tragic situation is developing in Waukesha Wisconsin. According to police reports during a parade in Waukesha a Red SUV ran over people in...