Coca-Cola is facing controversy for a very strange reason. White people are angry at Coca-Cola’s Coke White Supremacy focused courses meant to reduce racism. The main topic of these classes centers around being “less white”, which some people feel is reverse racism, because they are taking it literally.

It all started when someone leaked pictures of the curriculum on social media, that showed a list Coca-Cola was showing there employees on how to be less white. One of the slides had “Try to be less White” in bold red letters. Another had factual information concerning how Western Society socializes Caucasian people to feel “superior” from a young age, both directly and indirectly.

It seemed clear this Coca-Cola coke white supremacy class wasn’t telling people it’s wrong that they’re white, but rather pointing out the racist things happening in countries where white people are the majority of the population. Nevertheless some white people on social media didn’t see it that way, which isn’t surprising because everyone has their own way of digesting information.

On social media many white people were seen urging people to boycott Coca-Cola products for “anti-white propaganda”. There were even some business owners claiming they would be removing Coke vending machines from their buildings. The question remains why all the backlash for class trying to educate people about reducing racism, and how being racist is ingrained into children’s minds in Western Society?

It seems to all go back to the popular sentiment that many times people who are racist hate learning about racism or being told about the damaging affects of it causes. It seems the people calling out Coca-Cola’s coke white supremacy classes would rather pretend racism doesn’t exist. 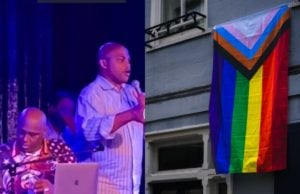 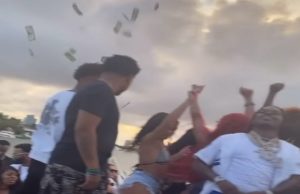 Did Yo Gotti and 42 Dugg Throw Prop Money Into the...

Viral footage from Biscayne Bay showing Yo Gotti and 42 Dugg throwing money into the ocean has...

Over the years Michael Jordan's fashion sense seemed to deteriorate from the time he was a rookie up until present day. As a youngster...