When you go to a barbershop and finally get into the chair after waiting a long time, most people would expect their hair be freshly cut before they get up. What would you do if your barber stopped in the middle of a haircut just because someone else walked in? A viral video involving Quavo depicts that situation happening in real life.

There’s no secret that when a barber gets a client that also a famous rich superstar they prioritize them. Some barbers even travel long distances just to keep their rich clients happy. Mostly this is due to the fact that the rich client probably pays quadruple what the average person pays, just because they have the money to spend. That’s all understandable, but is it professional to treat your normal clients like they don’t matter?

In the footage trending on social media a barber kicked a customer out his chair in the middle of his haircut only because Quavo walked in. The barber told his normal client “you got to go”, as soon as Quavo walked into his business. His client didn’t appear too bothered on the surface, but you could hear in his laugh that on the inside he was likely a bit agitated. Imagine what he was thinking while sitting there watching Quavo get a fresh tape up, while he was left with his hair look halfway done.

Being barber is one of those professions were customer relations matter more than anything else. Everyone knows how good it feels once you find that one barber that cuts your hair the right way, and you can also chop it up and talk with them about anything while they give you a fresh cut.

Hopefully the barber gave his normal client a free haircut for the what he put him through, because of Quavo. 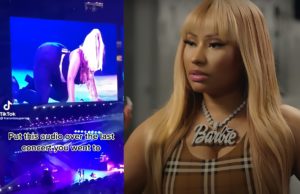 When comes to the beef between Cardi B fans and Barbz there is no love lost no... 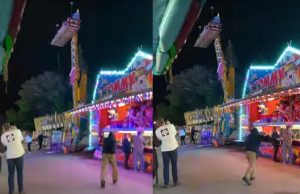 When Texas Lawyer Tony Buzzbee announced the Deshaun Watson Sexual Assault case he made many claims described in factual manner. However, a recent bit...