Tragic news has hit the comedy world. Popular comedian Tony Baker’s son Cerain is dead after a fiery car crash that killed three young people in Burbank California. He, and the other two victims were only innocent bystanders that happened to be in the wrong place at the wrong time, which makes this situation that much more devastating.

According to reports, two illegal street racers hit Tony Baker’s son as he was sitting a Volkswagen with his friends. The two suspects were racing a Kia and Mercedes when they tried to make a sharp turn while going too fast. Pictures of the wreck, which you can see below show that Cerain Baker’s car was almost completely crushed. There was no chance of survival from the massive impact that sent the street up in flames.

This was the totaled car of Tony Baker’s son after the crash.

Along with the 21 year old Cerain Baker, his 19 year old best friend Jaiden Johnson was also killed. He was an aspiring music producer. The third victim was a woman named Natalie. Based on reports the two drivers who were street racing illegally survived the car wreck, but they will have to live with knowing that they took the lives of three innocent young people.

In an interview with a local NBC news station, Tony Baker said he feels his son’s death is the fault of someone else that was reckless driving. He described how his family is going through waves of extreme sadness as they try to cope with the reality that his son is dead. His mother said that Cerain Baker was “beautiful soul”, while his brother described him as a likeable person that everyone loved.

Prayer up for the families of all the victims in this tragic car wreck. 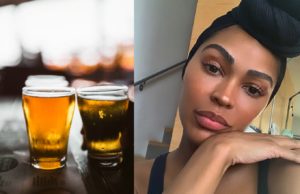 When it comes to arena traditions one of the most entertaining inventions was the Kiss Cam. Throughout... 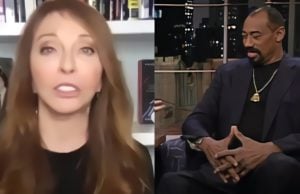 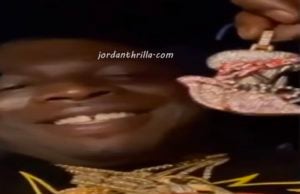