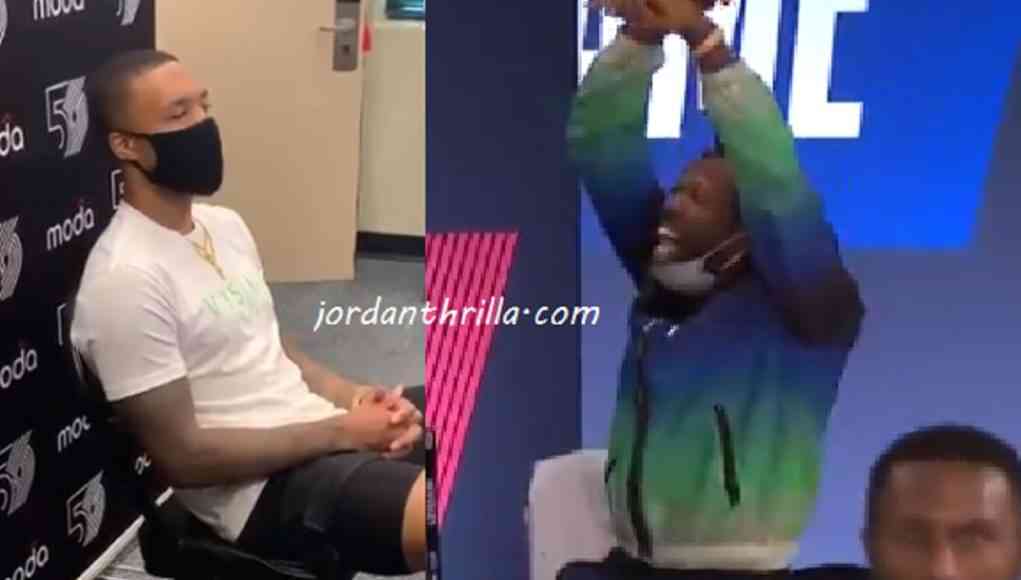 Damian Lillard missed two game winning free-throws against Clippers, and instantly became the brunt of all jokes from their bench. Naturally he isn’t happy about, so Damian Lillard dissed Patrick Beverley and Paul George in response to them clowning his pivotal freethrow misses.

Patrick Beverley taunted Damian Lillard by doing the “what time is it” mannerism he made famous by pointing at an imaginary watch.

The way he and Morris Sr laughed after added to the supreme levels of disrespect on display.

To rub in the loss even more, Patrick Beverley waived bye to Damian Lillard, just like he did to Paul George in the playoffs last year.

In reality it seems like they really got in Damian Lillard’s feelings for him to respond like that. The “cooler than the other side of the pillow” demeanor went out the window during this interview.

JordanThrilla - September 23, 2020
The Celtics vs Heat series has been full of drama in a bad way, but now there...