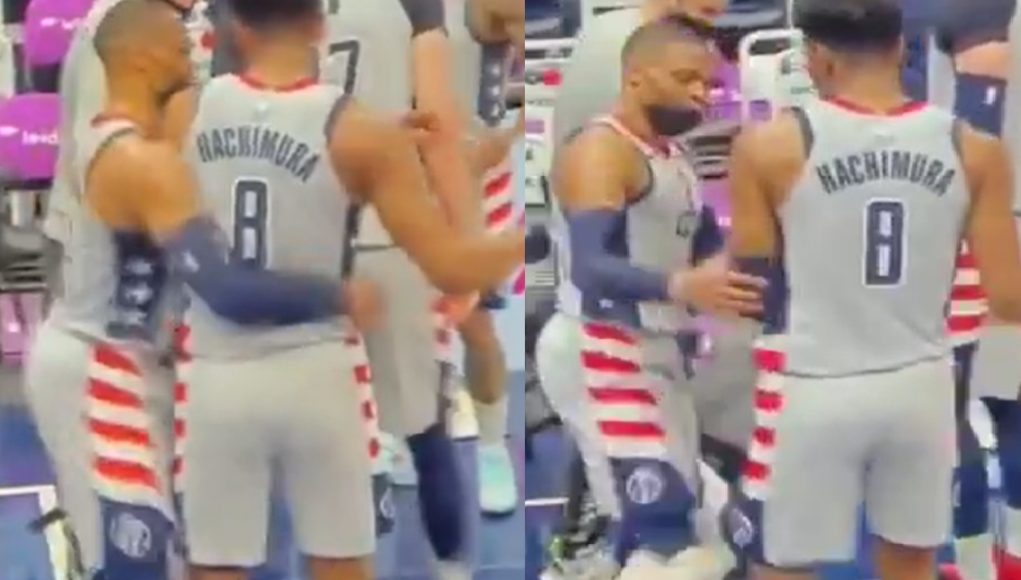 It all started when Rui Hachimura had the smaller Jordan Clarkson in the post, and went into the triple threat position. He made a strong drive to the rim, but held the ball too low and too weak allowing Clarkson to get an easy strip leading to a turnover. The camera then caught Russell Westbrook coaching Rui Hachimura during a subsequent timeout, and explaining to him how to hold the ball so a strip attempt turns into a foul.

Following that timeout Rui Hachimura was put in the same situation, but this time got the foul call when the player attempted stripping the ball. You could see he held the ball out further so his arms were exposed more.

Wizards have struggled all season long, but as of late have shown they are making steps in the right direction. Although they have lost their last 5 games, they had some impressive wins in the past two weeks over some of the best teams in the NBA. So far tonight they are dominating the Jazz, and still hold a 15 point lead with only 7 minutes to go in the 4th quarter.

Russell Westbrook coaching Rui Hachimura shows that even through the worst times he stays committed to being a great teammate. 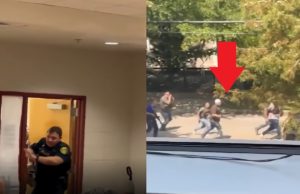 Only a few days after the active shooter scare at a Central High School in Phoenix, a...

Shaq's NHL knowledge was put to the test on Inside the NBA, and the results were hilarious. Shaq admitted that he doesn't know anything...