Did Anne Marie try to kill her friend? New details have emerged in the case of R&B singer Anne Marie shooting her side boyfriend in the head. Ann Marie was arrested and charged with aggravated assault, but she claims it was all an accident. Police reports state that Ann Marie said the gun went off after it fell from table.

Reports say police arrived to her Atlanta hotel and found the 25 year old victim with a gunshot wound to the head. He was taken the hospital, and is miraculously expected to survive. Anne Marie is still in jail.

Did Anne Marie attempt murdering her friend? The new details of the Anne Marie shooting are sketchy to many people. It seems strange that a gun fell off a table and was able to shoot somebody in the head, but it is possible.

The exact type of relationship she had with the victim wasn’t made clear, but he was described as a very close friend.

Ann Marie’s career could be over and she is only 24. She had singles with popular rappers like YK Osiris, and was expected to be on Drake’s upcoming album.

Ann Marie possibly shooting her side boyfriend in the head might be the most shocking news for a female artist this year. 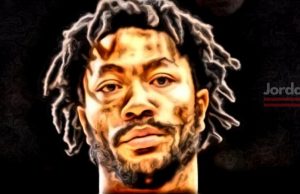