Freddie Gibbs is trending after his “Vice Lord Freestyle”, which seemed to be taking subliminal shots at many artists. One part of his verse that stood out most was lyrics that people though might be going at Kendrick Lamar’s verse on Baby Keem’s Family Ties, but people may be overlooking how Freddie Gibbs’ lyrics relate to Drake dissing Kanye West on CLB and Trippie Redd’s ‘Betrayal’ track.

“They say they smoking Top Fives, but they ain’t burned up the one.”

Notice anything strange about those lyrics? They could directly related to how Drake called Kanye West burnt out on ‘Betrayal’, and insinuated that he’s destroying Kanye West top 5 status on ‘7 am on Bridle Path’. That could even be the reason Freddie Gibbs’ chose to rap on Drake’s CLB beat.

In theory to some people it sounds like Freddie Gibbs is saying Drake isn’t on Kanye West’s level.

At the moment all people can do is speculate around whether Freddie Gibbs dissed Drake on ‘Vice Lord Poetry’, or Kendrick Lamar. The truth behind it will probably be revealed in full when his upcoming album ‘SSS’ drops. Unfortunately the release date of his anticipated project has yet to be announced.

Drake would have to bring out his best ghostwriters to go bar for bar with a true rapping talent like Freddie Gibbs. 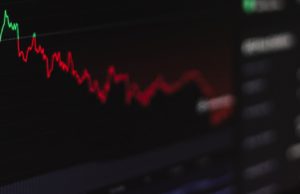 Over the years music labels have been repeatedly accused of using different techniques to inflate their artists'...

Breaking news is hitting the airwaves that may indicate the Young Dolph shooting has started a true street war. According to reports Blac Youngsta...