On most occasions a preseason game in the NBA isn’t hyped up as much as a regular season game, especially when star players are sitting out. However, in some rare instances due to off the court drama the impact of that meaningless game becomes meaningful. A perfect example was Warriors’ preseason game against the Lakers. It wasn’t just any game it was Jordan Poole’s first game after the punch seen around the world.

In the matchup Jordan Poole showed he was completely unphased by the brutal punch dropping 25 points on 53% shooting, and adding 6 assists. As crazy as it may sound it almost seemed like Draymond’s punch had him more focused. Some people believe they could feel the anger in his performance as he torched the Lakers, although Warriors lost the game by single digits in the end. Poole’s journey to a max contract seems to be smooth sailing, while on the other end is Draymond Green who may be looking at the cross roads of Golden State after what could be the biggest mistake of his career.

It’s well known that Draymond has caused locker room issues within the Warriors organization throughout the years. For example we all remember the Kevin Durant incident. However, up until now that emotion was also considered one of the intangibles that made him such a valuable swiss army knife type of player. However, when Draymond Green knocked out Jordan Poole his emotion became his method of self destruction. With his contract situation still looming over him, he made his quest for a max contract with Warriors almost impossible now. The gravity of the situation he’s in within the locker room was seemingly expressed during Kevon Looney’s press conference.

During his session with the media Kevon Looney revealed that Warriors have lost trust in Draymond Green, and reiterated it would take a lot for him to ever gain that back. While he saying this he seemed to have look on his face as if he was thinking there was no way the trust would ever fully return, but that’s all speculation. Some people believe Kevon Looney’s cryptic statement about trust is confirmation that Warriors are trading Draymond Green most likely in the near future.

Trust is everything, which is why it usually takes a whole lot for people to completely lose their faith in you. Based on Kevon Looney’s statement it appears Draymond did that by sucker punching Jordan Poole. Could that loss of trust be a sign that Warriors are trading Draymond Green? At this point it would seem a bit awkward if they didn’t trade either him or Poole, because the video leak will always keep that punch fresh in the minds of fans and media. 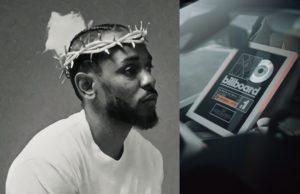 Kendrick Lamar's 'Mr. Morale & The Big Steppers' album was one of the most highly anticipated music... 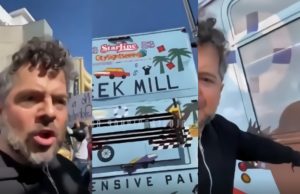 Meek Mill's 'Expensive Pain' album cover is drawing controversy for being on what some people feel is...

When it comes to tall players in the NBA with guard skills Brandon Ingram is one of the first players that comes to mind....