In the Hip hop world P Diddy is known as a contract “grim reaper”, but also a standard for success. People believe his success was based off of draining the life out of musicians with bad contracts that end up causing them to struggle later on in life. Black Rob could be perfect example of that.

In an interview last year it was revealed P Diddy signed Black Rob on a $450K advance to do 10 albums. Most people would say it sounds bad, but when you really look into it Black Rob may have still gotten the better end of that deal. Due to Black Rob recent struggles, and his claim that he doesn’t have a home to go to after being released from hospital, there has been a microscope put on P Diddy.

Skip to the 10 minute mark of the video below.

In the music industry the average advance for an album is around $50K. If you multiply by that by 10 you would get $500K, which is right around the $450K advance P Diddy gave Black Rob.

Now if you take into the account the fact that Black Rob only released 2 albums under Bad Boy records, you could technically say he got around $225K advances for both those albums.

Regardless, Black Rob is struggling right now, and P Diddy has limitless money to help him. Hopefully he can step in and help Black Rob out again. 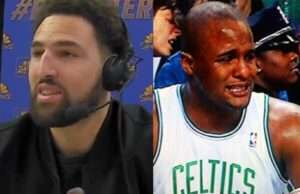 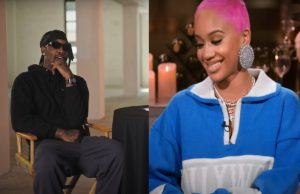 The rumor that Saweetie cheated on Quavo with Offset is gaining steam after people realized that the...

What is Adele's Body Count? This question is going viral after a hilarious moment during an IG live session with her fans. Adele's reaction...