After his incredible performance in Game 4 impressing Katya Elise Henry, Tyler Herro is now a superstar in the moment. It’s no surprise that’ he is going viral for random reasons now. Did Tyler Herro really look like Eleven from “Stranger Things” in Highschool?

Take a look at a side by side comparison, and you be the judge. Just in case you get them mixed up Tyler Herro is on the right, and Eleven is on the left.

It’s tough to say there isn’t a striking resemblance between High School Tyler Herro and Eleven. In fact you could argue that Tyler Herro still looks like Eleven from Stranger Things right now.

Who knows, maybe Tyler Herro is using supernatural powers like Eleven to aid his shooting. Perhaps that’s why he has been destroying veterans on the Celtics vs Heat series, although he is only a rookie. There’s no rule against telekinesis in the NBA. 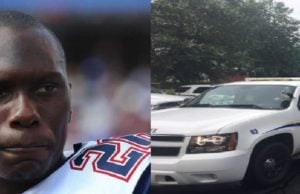 Did iShowSpeed Get a Chance to Smash Ice Spice for His Birthday After Shooting...