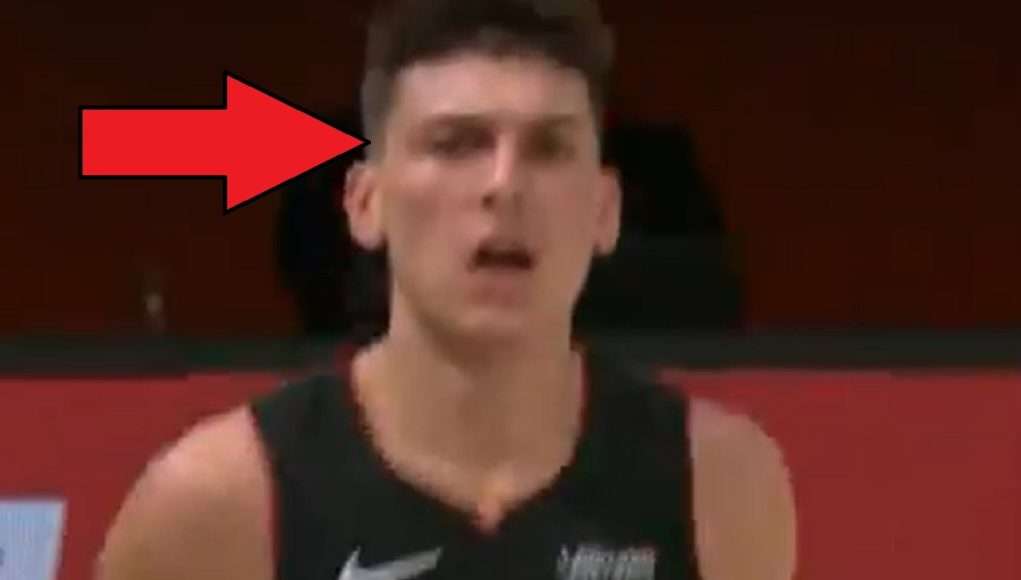 Tyler Herro turned into a superstar for Katya Elise Henry during Game 4 of Heat vs Celtics. Tyler Herro stared down Katya Elise Henry down as he led the Heat to a 3-1 lead over Celtics. The 20 year old rookie looked like a 15 year veteran the way Tyler Herro schooled Marcus Smart on some plays. Scoring in a variety of fashions, Tyler Herro showed how diverse his offense can be with and without the ball in his hands, and in the process was likely impressing Katya.

During the game you could see Tyler Herro looking at his girlfriend Katya Elise Henry, just about every time he scored a basket.

It seems Tyler Herro is trying to showoff for Katya Elise Henry in the playoffs, and his opponents are caught in the line of fire. Heat fans may want to hope she doesn’t break his heart during this playoffs run.

JordanThrilla - October 26, 2020
Was Donald Trump caught with a fake clone Melania Trump Double? A new photo is sparking a...

JordanThrilla - October 27, 2020
Riots have began in Philadelphia with protesters chasing police with objects after Philly Police shot and killed...