On Live TV Matt Rowan said, “They’re kneeling, f****** n******” as the girls kneeled to protest social injustice. It seems he didn’t know that his voice was live on air yet, and in turn exposed himself as a racist.

Details of the Game

To set the scene for the video below the matchup was Norman vs Midwest City as part of the OKC 6A state tournament. The Norman team are the players who kneel in the footage. Norman is known for being a very progressive school that highly supports students expressing their freedom of speech on social political matters.

Make sure to listen closely around the 15 second mark. Press the unmute button on the bottom right of the video if you hear no sound.

Moments like these are always sad and very disheartening, but the bright side is a person who was racist behind closed doors was exposed. Now the people at the school can’t fall victim to his hidden racism, because now it has been revealed.

See also  Was Dwight Howard Cheating on Tea Cooper With a Transgender Woman? Te’a Cooper Breaks Up With Dwight Howard After 5 Months Married

At the moment there are no reports, which indicated Matt Rowan will be fired, but Norman will be using a different broadcasting system for stream according to multiple reports. This incident just goes to show the saying still holds true, “What’s done in the darkness will come to light”. 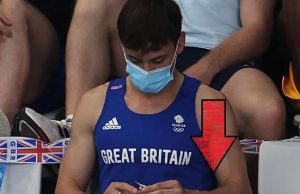 Recently a report from CNN stated that an epidemiologist at Brown University said that their research data...
- Advertisement - 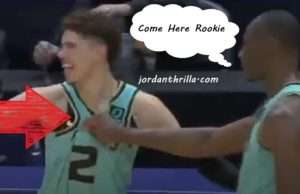 Here is Allegedly Why Kid Laroi Got Jumped in Chicago at Summer Smash in Front...