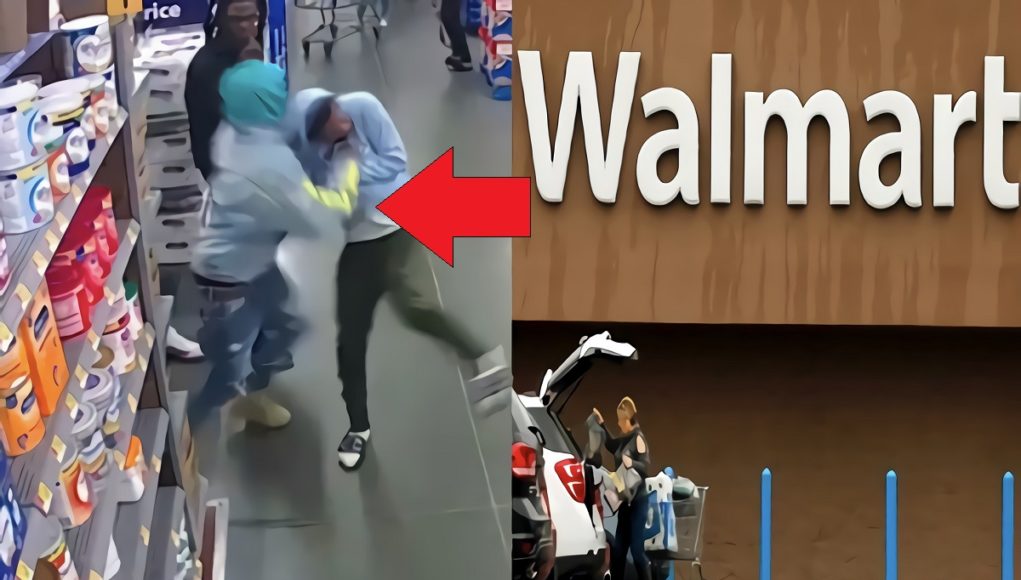 Back in July of 2021 social media saw the hashtag #Justice4Jaylin trend on social media around the time DaBaby was going through the homophobic comment controversy. With the spotlight on the superstar rapper a family member of Jaylin Dominique Craig whom DaBaby killed in Walmart spoke out to reveal the alleged truth about the situation. Now there is a DaBaby Walmart shooting video that supports her claims.

According Jaylin Dominique Craig’s cousin, DaBaby lied to about being robbed before he shot and killed him in Walmart. She claims Jaylin was just a fan who was asking for an autograph, and DaBaby got agitated for no reason starting a fight with Jaylin’s friend Henry. She alleged Jaylin Craig was trying to breakup the fight when DaBaby shot him dead.

She says ballistic evidence shows that DaBaby shot Jaylin Craig in his back when he was trying to run away after he pulled out the gun. DaBaby lied saying Jaylin Craig robbed him, so he could claim self defense and not catch any charges. The saddest part to her is that DaBaby brags about the incident in his music.

Now before taking a look at the video of DaBaby shooting Jaylin Domonique Craig in Walmart take a dive into the story as told by his cousin.

The hashtag #Justice4Jaylin was trending on social media back in 2021. Here is a photo of Jaylin Craig.

As you’ll see in the video below DaBaby started fighting Jaylin’s friend Henry for seemingly no reason just like his cousin said in the tweets above. Also you can see Jaylin was only trying to be a peacemaker by breaking up the fight. In addition Jaylin Craig who is wearing a black hoody in the video was shot when his back was turned. It definitely doesn’t look like self defense just as Jaylin’s cousin tried to tell people.

With the world seeing the raw Walmart security camera video of DaBaby shooting Jaylin Craig you have to wonder what will happen next.

It will be interesting to see how DaBaby reacts to this situation. He might just stay silent, and hope it blows over.

It well know that Jim Jones is a heavy smoker, so naturally he takes pride in his...