Was Gandhi racist towards black people? Alleged racist quotes are sparking a Change.org petition to remove Gandhi’s statue from the MLK center in Atlanta.

The petition titled “Racist Gandhi Statue at The King Center Must Come Down”, currently has 18 of 100 total signatures needed. In the description it states that although Gandhi is revered by many, his legacy is a myth due to lack of technology in the past allowing him to move under radar about his true nature.

The Change.org petition included allege racist quotes from Gandhi himself. Yes, they are shocking to read. Here are some of the quotes below.

“I venture to point out that both English and Indians come from a common stock, called the Indo-Arya. A general belief seems to prevail in the Colony that Indians are little better than savages or the Natives of Africa. Even the children are taught to believe in that manner. As a result the Indian is being dragged down to the position of a raw Kaffir.”

Before reading the next set of alleged racist Gandhi quotes below, it’s important to now that the term “Kaffir” was used to describe Black Africans during his time. Like the word “negro” Kaffir was used commonly in Southern Africa as an offensive way of describing black Africans. As you can see in the quotes below and above, Gandhi loved using this derogatory term while making condescending remarks about black Africans.

“Why, of all places in Johannesburg is Indian Location being chosen for dumping down all the kaffirs of the town passes my comprehension. Under my suggestion, the Town Council must withdraw Kaffirs from this Location. About this mixing of the Kaffirs with the Indians, I must confess I feel most strongly that it is very unfair to the Indian population, and it is an undue taxon even the proverbial patience of my countrymen.”

“Some Indians do have contacts with Kaffir women. I think such contacts are fraught with grave danger. Indians would do well to avoid them altogether.“

If Ghandi really made these remarks, they definitely sound like something a racist would say. He thought very lowly of black people calling them “savages”, made regular used of the offensive “Kaffir” term, and went as far as saying Indian woman should avoid them at all costs.

It’s easy to see why that Change.org petition to remove Ghandi’s statue from the Martin Luther King center in Atlanta was created. 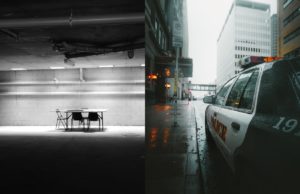 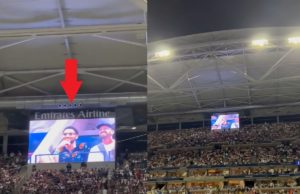 Ben Simmons Gets Booed at US Open in New York After...

Ben Simmons plays basketball for a New York based team, but he's still currently one of the...

Chloe Bailey shutdown the VMA stage when she put on an incredible performance, but fans in the crowd caught something strange. It appears Chloe...

Details on Why Jacob Runyan and Chase Cominsky Were Cheating with Lead Weights in Walleye...