Most people thought that Jake Paul would never step foot in the UFC Octagon, but it may become a reality if Dana White agrees to conditions that would change the landscape of his company forever. The demands show that Jake Paul is really on a mission to expose Dana White cheating UFC fighters out of fair pay. Essentially Jake Paul is putting his life on the line for UFC fighters.

Jake Paul has guaranteed he will fight in a UFC match if Dana White makes three changes to the way his company treats fighters. The demands are in the best interest of UFC fighters, and also expose how sketchy Dana White is. Dana White has 5 days to accept the three stipulations below, and also has to agree to put them in place by March 31, 2022.

Based on Jake Paul’s demands to Dana White he must:

Despite Jake Paul making a boxing career out of knocking out former UFC fighters, he reiterated that he is not their enemy. Rather Jake Paul says he is UFC fighter’s biggest advocate. In an emotional message he urged UFC fighters to stand up and create value for themselves, and their peers. He told them they deserve higher pay, long term healthcare, and freedom. Three things they don’t have under Dana White’s current contractual agreements.

Whether you like or dislike him, Jake Paul is a legend for fighting this hard for UFC fighters. He’s literally willing to put his life on the line to get them fair pay.

It should be noted that Jake Paul called Jorge Masvidal “weak chin”, effectively sneaking a diss into his legendary demands. 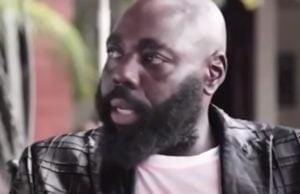 Do you remember Rashad McCrorey? He is the successful black entrepreneur from Harlem who made a bold...