Tyron Woodley and Jake Paul were scheduled for a boxing match, but during the first few rounds it looked more like a wrestling match with Jake Paul coming out to YMCA music. They would each throw a few punches then hold on to each other, both taking illegal chip shots in the clinch. This led to a moment that left Jake Paul bleeding profusely from his head.

In the third round it appeared Tyron Woodley elbowed Jake Paul in his head accidentally. After the contact Jake Paul was bleeding from his head.

We say it appeared like an elbow, because for some reason the referee kept saying it was an accidental elbow. At the time it happened it was at an angle only the referee could see if you were watching on pay-per view.

However, on replay from the angle the referee could see it clearly looked like a headbutt. The commentators were wondering if the referee was tripping, because it’s a bit tough to mix that type of contact up with something completely different.

Nevertheless there was much discussion around whether Tyron Woodley intentionally elbow or headbutted Jake Paul to gain an advantage. Take a look at the aftermath.

Before the fight Jake Paul said he was going to mess up Tyron Woodley, but it looks like the opposite happened after the nasty cut. That’s going to leave a permanent scar for sure.

As the blood was flowing down Jake Paul’s face, you could see him shaking his head to keep is vision clear. Tyron Woodley took advantage, and started aggressively hitting Jake Paul with combos. It will be interesting to see if the accidental contact will affect the judges’ decisions if the fight goes the distance.

The big question everyone will be asking is why did the referee keep saying Tyron Woodley elbowed Jake Paul accidentally, when it was clearly a headbutt? Whatever the case may be if Jake Paul survives and wins this there’s no question he’s a legit boxer.

Update: Jake Paul won the fight, and showed the gash on his forehead. He’s going need a lot of stitches. 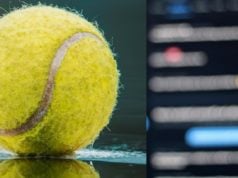 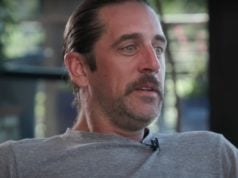 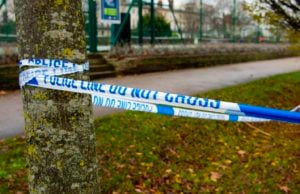 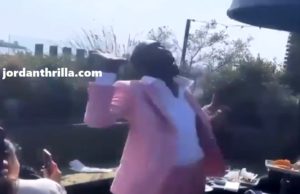 They say every human being on earth has a doppelganger somewhere out there in the world. Most people have seen at least one person...