In the viral video Joe Biden was asked to explain why black voters you should bless him with their votes. The unthinkable happens when Joe Biden says to Charlamagne if you have problem choosing between him and Donald Trump then “you ain’t black”.

In a public statement Senator Tim Scott said the comment from Joe Biden was one of the most condescending he has ever heard, and he is offended as a black man.

Other people on social media seem to share the same sentiment towards Joe Biden’s “You ain’t black” statement, alluding to it being a gross form of pandering. Ideologically speaking if you are going into voting with this mindset Joe Biden is tossing out there, you might be voting for the wrong reasons. It’s best to do research on a candidate without any form of bias, before deciding to vote for them.

Voting should be based on an educated deep assessment of the candidates, not based on your race. What’s most important is believing a candidate will do the most to help your life and others. You should check the track record of every candidate completely.

Joe Biden telling Charlamagne “You ain’t black” if you don’t vote for him could definitely come back to haunt him come election time.

Must Read  New Education Report Reveals Most High School Students in Baltimore Are Failing With Below 1.0 GPA 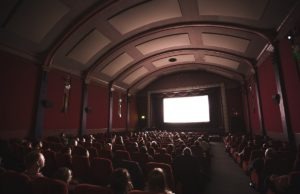 The airport is place where you can see some the craziest things go down, especially when it comes to Spirit Airlines. Usually it involves...