Kendrick Lamar’s ‘Mr. Morale & The Big Steppers’ album was one of the most highly anticipated music releases this year. His deep fake videos posted on YouTube garnered millions of views within minutes, his controversial gay slur lyrics were ruling the headlines, and his songs held top spots in terms of individual streams. Naturally people were expecting his album to do astronomical numbers, but the reality was much different. Now people are saying Kendrick Lamar flopped, but did he really?

According to reports Kendrick Lamar’s ‘Mr. Morale & The Big Steppers’ album is projected to sell 286K first week. That would mean he would have 3 albums in the Billboard Top 200, and 4 singles in top ten of the Billboard Hot 100. Despite those facts the 286K number is much less than people were expecting from Kendrick’s album, especially since he had a long hiatus.

Due to the lower than expected album sales some people on social media began to roast Kendrick Lamar ‘Mr. Morale & The Big Steppers’ merchandise design. Many people believe the his merchandise which came bundled with albums was a desperate attempt to increase his first week sales after they realized the projections were much lower than anticipated. People are convinced the simple design of his T-shirt is the result of it being rushed, so they can sell it before the cut off date for first week sale counts. The T-shirt is literally just a blank tee with the name of his album written on it.

Kendrick is supposed to be on their level popularity wise, so in that sense his sales are disappointing. However, if you look at the state of music as whole then he didn’t flop, and those numbers a relatively great. 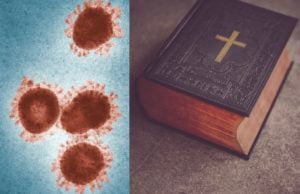 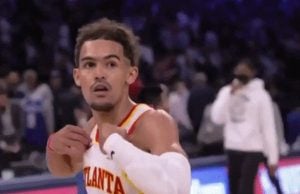 The tumultuous series between Hawks and Knicks where a fan spit on Trae Young came to an...

He Brought a Bazooka to a Street Fight? Man Pulling Out Bazooka During Traffic...

A man pulling out a bazooka at a stop light is an alarming situation that could easily have gone wrong. This incident happened recently...

Has Kanye West Been Kidnapped by Illuminati? Ye is Allegedly Missing, Here’s why People Believe...