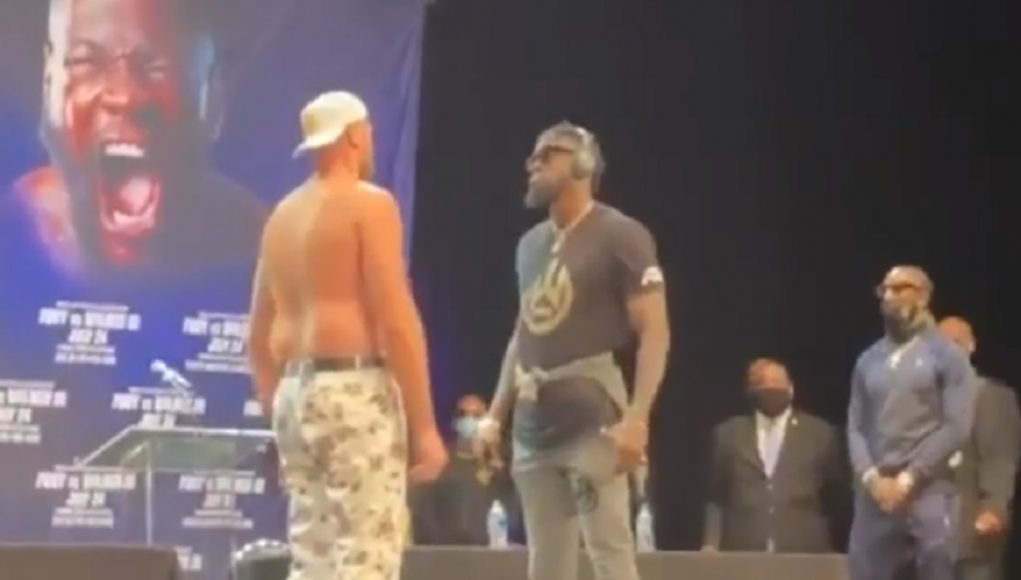 It’s been just about 1 year since Fury and Wilder met face to face, and as expected the moment was super intense when it finally happened again today. However, when security finally had to separate the two boxing giants, the moment ended with a strange comment. After their 5 minute stare down Tyson Fury’s crew called Deontay Wilder a “sausage” as they were leaving the trilogy press conference.

It’s not really clear who said the words, and it may have been Tyson Fury himself, but you can hear someone with an Irish accent tell Deontay Wilder “sit over there you sausage”. It wasn’t a very brave move, because he was already walking away heading to the backstage area. He also was wearing headphones.

Here a clip from the possibly record breaking 5 minute stare down between Wilder and Fury.

Now here someone from his crew or Tyson Fury calling Deontay Wilder a “sausage”.

Deontay Wilder has already warned people that the match will get ugly, because he is coming with intentions to really hurt Tyson Fury. Wilder 100% believes that Tyson Fury cheated in their last fight by sliding his fists lower in his gloves. In a recent interview he said that situation has awoken a monster inside him again. In his own words he said, “don’t watch the fight if you’re stomach can’t handle it”.

Based on the 5 minute faceoff between Fury and Wilder, it seems like he really means those words. Both fighters have everything to lose in this match. On one side people will say Fury couldn’t beat Wilder without cheating if he loses, and on the other side Wilder guaranteed he would win because Fury can’t cheat this time. This is a must win situation for both heavyweights with career altering circumstances. 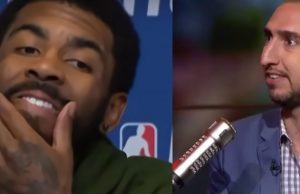 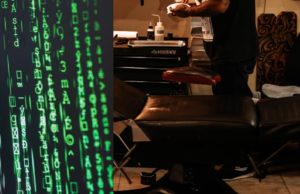