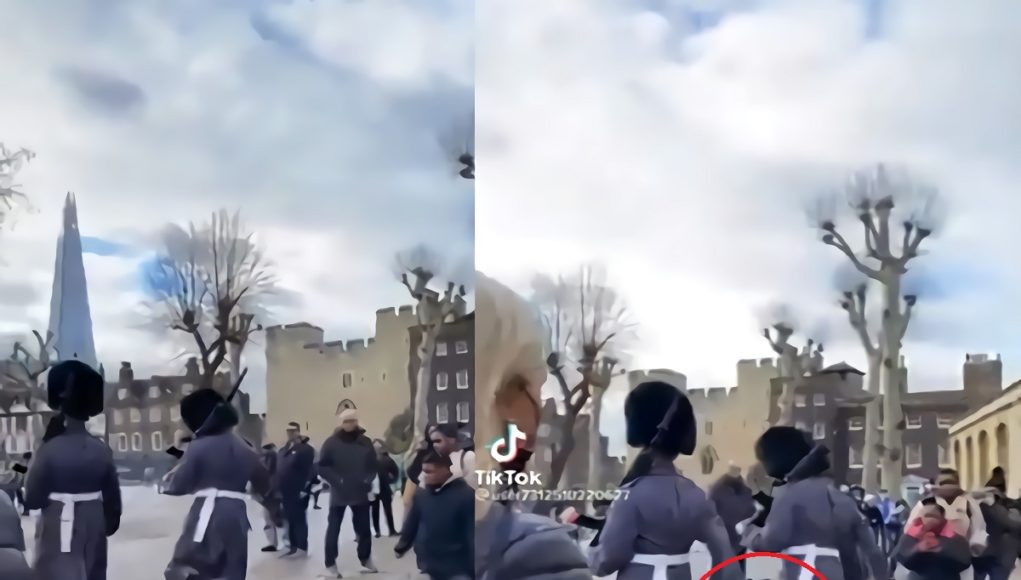 The Royal Guard is very famous for their dedication to continuing to march no matter what. In the past we have seen videos where Royal Guard soldiers vomit, and keep marching like nothing happened. However, a recent TikTok video has caused outraged from people who think they may be taking their duties a bit too far.

In the footage uploaded by TikToker ‘user7312510220627’ it was titled “My sister went to England; first day in”. This seems to convey the child’s mother was from another country, and wasn’t aware that Royal Guards keep marching no matter what happens to them, or if anything is in their way. Unfortunately this led to the Royal Guards trampling a kid at the Tower of London, then they kept on marching like nothing happened.

It’s not clear what the Royal Guards yelled before trampling the child, but it was probably a warning that he should get out the way. However, the kid seemed to be frozen in fear as they were coming right at him. Reactions on social media are mixed with some people completely appalled that they would trample the child, and keep moving like nothing happened. On the flipside some people believe common sense would have been for the child to move out the way since the Queen’s guards weren’t moving that fast.

A Brief History of How the Royal Guard Started

The Royal Guards comprised the most elite soldiers have protected the King and Queen since Henry VII was the ruler. He made the Royal Body Guards a permanent institution, which has now been around for over 520 years. They were first formed in 1656 to watch over the exiled King Charles II, and are considered on of the oldest parts of the British Army. Royal Guards have been a part of every war in the United Kingdom since the 17th century.

It’s never a good idea to get in their way even if you’re a child.