Getting rejected by someone in public always hurts, but even more so when it happens on live TV. During NBA games most people rooting for the home team have a sense of unity in the crowd. The keyword there is “most”, because there are always some fans who simply are not down with making contact with a person sitting right next to them. Sadly for one man he learned the hard way that the woman beside him was one of the few fans who isn’t about unity.

- Advertisement -
See also  Why Did LaMarcus Aldridge Give Up and Sign With Brooklyn Nets?

At one moment during Warriors incredible Game 5 win the camera caught a hilarious interaction between two Bay Area fans. In the midst of the action the Warriors fan’s failed high five attempt with a woman that was looking right at him out the corner of her eye caught the attention of the national broadcast.

Naturally the woman rejecting the Warriors fan’s high five instantly went viral on social media. Everyone could feel the emotional pain he went through in that tragic moment.

Perhaps the funniest part about that moment was the fact that the Warriors fan yelled right into the woman’s face before going in for the failed high five attempt.

It’s possible she refused to make contact with him due to the fact that he probably hurt her eardrums. The look on his face after the rejection said it all. 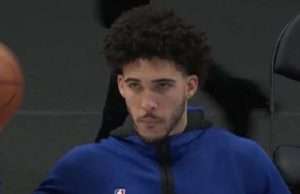 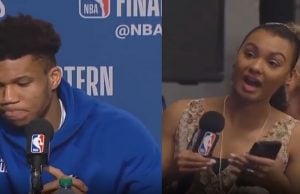