Social media is very worried about the outcome of the Kyle Rittenhouse trial after a strange incident when he took the stand today. A phone call interrupted court session, which happens very often, but in this case there was something a bit peculiar about the song that filled the judicial air.

At one moment after court proceedings resumed after lunch, Kyle Rittenhouse’s trial was stopped after someone’s cellphone started ringing. The courtroom fell silent as everyone looked around to see whose phone it was. It turned about to be Judge Bruce Schroeder’s cellphone playing the Lee Greenwood song ‘God Bless the USA’. If you’ve ever watched a Donald Trump rally than this song probably sounded familiar to you.

The camera caught Judge Bruce Schroeder trying to turn off his phone very quickly. You could tell he was a bit embarrassed about being the person who forgot to put their phone on silent.

Is Judge Bruce Schroeder Being a Trump Supporter A Conflict of Interest in Kyle Rittenhouse’s Trial?

Due to the fact that many conservatives defended Kyle Rittenhouse’s actions during the Jacob Blake protests, some people feel the judge’s political affiliation could play a part in how the case goes. To come to this assumption you would have to definitively say that Judge Bruce Schroeder’s ringtone is the Trump Anthem song, because he’s a Trump Supporter. However, since Lee Greenwood’s song was very popular even before Donald Trump started using it, there’s a chance it could just be a coincidence that Judge Bruce Schroeder’s ringtone pays homage to Trump. Maybe Judge Schroeder is just a Lee Greenwood fan.

Kyle Rittenhouse shot two people dead during what he claims was an act of self defense in an altercation at the Jacob Blake protests in Kenosha. Even before the trial there was evidence that contradicted that statement floating around on social media. No matter what Judge Schroeder’s political affiliation really is, hopefully he’s professional enough to not let if affect his job in making sure justice is served for the people who were shot dead based on the results of the investigations done for the trial. 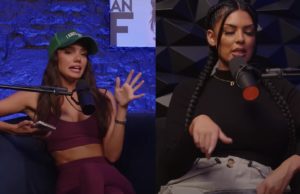 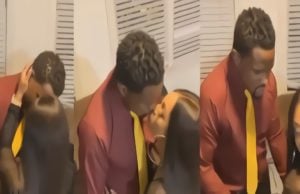 The Eddie Winslow gay rumors may have been confirmed with new evidence. A few days ago a...

Kodak Black is always in the news these days for some kind of drama. Whether it's getting shot, getting arrested, or beefing with another...