JordanThrilla
Home Hip Hop Zoom Video of YFN Lucci Appearing Before Judge After Being Identified as...

Zoom video of YFN Lucci appearing before Judge Drew Findling is going viral. The Judge and lead prosecutor Cara Convery said YFN Lucci was identified as the driver during a shooting murder.

You can read more in depth details about the shooting murder here.

The leaked YFN Lucci 911 call was sad to listen to. As the 911 call begins you can hear a woman frantically saying “we need an ambulance somebody is laying out, I don’t know if he’s breathing. Somebody just threw him out a car“. That man was James Adams.

Check out all the videos below.

The ironic thing about this situation is that back in September of 2020 YFN Lucci went viral for accidentally firing a loaded gun during a video shoot. Who would have guessed that a few months later he would be in jail, because of other people firing a loaded gun to murder someone one.

YFN Lucci is facing around 20 years in prison based on the charges being brought against him. Since YFN Lucci is 29 years old, he could be around 50 years old when he’s a free man again. It’s safe to say his rap career is probably over.

You have to wonder if YFN Lucci will turn snitch to get a lighter sentence.

You can read our more in depth article about the YFN Lucci murder situation here. 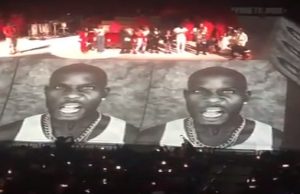 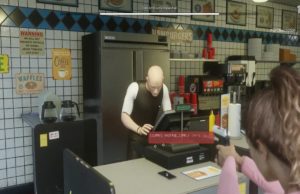 Over the past few years is has become the norm to hear about the government's encounters with UFO's, or people they believe interacted with...