Popular video maker SteveWillDoIt and Tekashi69 developed what seemed like a close friendship over the past year. Many of the videos you saw on social media posted by Tekashi were made with the help of SteveWillDoIt’s expertise. However, a recent incident has now ended their friendship abruptly, and has SteveWillDoIt scared for his own safety.

Recently Lil Durk’s look alike named Perkio has been going viral after a recent video he did with Tekashi69. In this video Tekashi 6IX9INE pretended to squash his beef with Lil Durk by pretending Perkio was really him. However, he also disrespected King Von in this video, which took things to place SteveWillDoIt alleges he wasn’t expecting while recording the footage.

As you’ll see in the video below Tekashi69 put a King Von jacket on Perkio, which was meant as form of disrespect since he isn’t the real Lil Durk. This made people believe the video was more about disrespecting King Von’s death like Tekashi has done in the past, rather than just trolling Lil Durk. Perkio believed SteveWillDoIt set him up be a part of something disrespectful that he never intended to be a part of. Apparently Tekashi69 forced Perkio to put on that jacket by threatening not pay him the $7K he got for appearing in the footage. Take a look.

With the blame shifting to SteveWillDoIt he claims that he started receiving death threats. However, he also claims he is innocent in this situation, because he was tricked by Tekashi 6IX9INE into making the video due to his lack of knowledge of the situation between Lil Durk and Tekashi. Now he says, because his life is in danger SteveWillDoIt is no longer friends with Tekashi69.

Skip to around the 18 minute mark to hear about SteveWillDoIt receiving death threats and cutting of Tekashi 6IX9INE as a friend. However, you should listen to the whole interview, because he talks about the entire process of how the Lil Durk look alike Perkio video was made.

As per usual Tekashi69 continues to be a person that wreaks havoc on people’s lives. Not only is SteveWillDoIt receiving death threats because of him, but Lil Durk’s look-alike Perkio now has to watch his back as well.

Hopefully no one gets hurt over this situation. 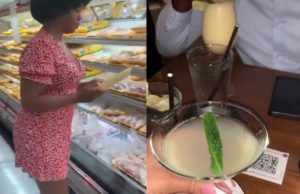 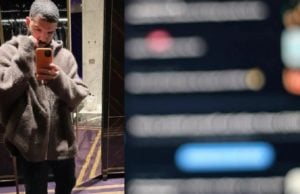 One of the biggest stories of the 2022 NBA Finals had nothing to do with what happened on the basketball court between Celtics and...