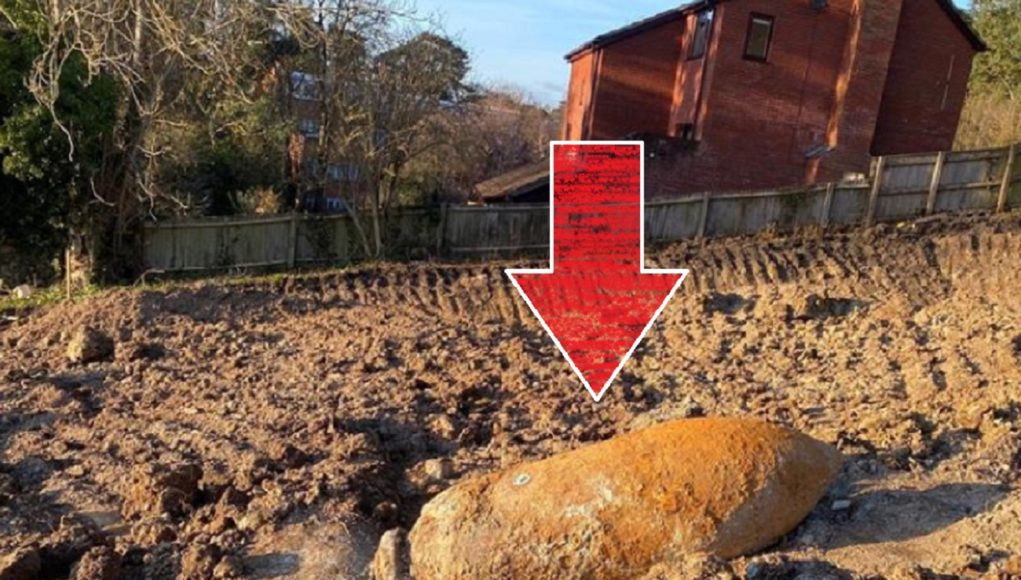 A WW2 Bomb exploded in Devon Exeter after civilians were evacuated from the ancient England city. It was not too long ago that the unexploded Devon Exeter WWII bomb was found on Glenthorne Road raising immediate alarm for the potential havoc it could cause. Evacuations started after Devon and Cornwall Police said the device would be detonated during the evening.

Almost 3,000 homes and the University of Exeter were vacated in the hours before the WWII bomb was scheduled to be exploded. The explosion experts attempting making the area safe by using a 8,000 lbs “sand box” that limited the outward force of the massive explosion. Photos of the bomb before the explosion showed a rusted brown colored device that looked almost like the missiles seen in Mario games.

Views (and sounds) of the Exeter bomb. The device was detonated by @BritishArmy using controlled explosion at 6.12pm. 2600 homes and @uniofexeter accom evacuated while the operation took place. @DC_Police have thanked residents @devoncountycouncil @rufuseatscheese and @emilyph174 pic.twitter.com/zuUqdtkVU0

Located on the River Exe 65 miles Southwest of Bristol, the center of this ancient town is surrounded by the Exeter City Walls. One of its most notable landmarks is the Exeter Castle located near the famous Nothernhay and Rougemont Gardens. People from all over the world come to this city to witness its unique architecture, and check out fine art at the Royal Albert Memorial Museum and Art Gallery. Devon, Exeter is rated one of the best place to live and work in the United Kingdom.

Did Drake Accuse Megan Thee Stallion of Lying about the Shooting...

Drake might have just bought himself a ticket into a cancel party after lyrics from his new...

Mark Zuckerberg doesn't seem like the kind of guy that loses large amounts of money overnight, but recently he did just that, and things...

People are Blaming Adam Podcast No Jumper for Fight Between Suspect and Lil Kelpy During...