Given that Cam’ron is from New York smoking weed laced with cocaine is very taboo. Jim Jones has talked about how cocaine looked down upon by people from the New York area. It’s seen as drug only addicts partake in.

In relation to the lace weed video below Cam’ron posted this message on his Instagram,

“We gotta watch ourselves out here. They laced our s*** last night. That was the pure cocaine tho”.

He didn’t actually say coke, but he used the snow emoji that represents cocaine.

It’s not often you see Cam’ron dancing like that, so he might be telling the truth about smoking laced weed. However, Cam’ron is a master at trolling, so he could just be playing around. 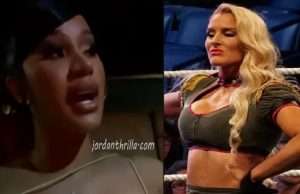