Omarion and Lil Fizz have been at odds for some years after a love triangle started between them. As you probably know Apryl Jones broke up with Omarion after they had kids together, then started dating his best friend and bandmate Lil Fizz.

During an interview with BigBoyTV in 2020, when Omarion was asked about his relationship with Lil Fizz he said, “I don’t have a relationship with Lil Fizz, but there should be an opportunity for us to talk one day”. He said he wanted this to happen naturally and organically, so it doesn’t seem forced. He wasn’t sure if that moment would ever come.

Surprisingly that moment came in 2021 during their Millennium Tour when Lil Fizz apologized to Omarion for smashing his Baby Mama Apryl Jones. During the emotional moment Lil Fizz said,

It wouldn’t be right if I didn’t take this moment to publicly apologize. I did some f***** up s*** to my brother. Some snake a** s***, and I’m not proud of it man. I want to sincerely apologize for any dysfunction and turmoil I caused you and your family”.

Here is an interview showing how Omarion felt about Lil Fizz dating his baby mama Apryl Jones back in 2020.

Did Lil Fizz Fake Apologize to Omarion For Smashing His Baby Mama Apryl Jones Just To Help His Public Perception?

On social media there is debate around how genuine Lil Fizz’s apology to Omarion for dating Apryl Jones was. Some people feel Lil Fizz was only trying to make himself look better to fans by apologizing publicly. 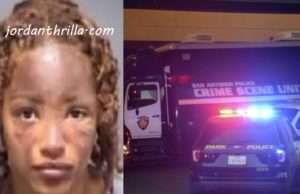 Sasha Skare Arrested by Police After Two Weeks on The Run...

The two week manhunt for Sasha Skare has officially come to an end. It's being reported that... 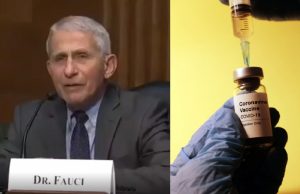 #CancelDisneyPlus is trending after Lucasfilm fired Gina Carano for likening Holocaust to criticizing her political views. Prior to be given the boot from "The...