After three straight games of getting run off the court, the Lakers responded with the grit and determination it will take for them to win consistently. Ironically the man who has become the scapegoat when things go bad became the hero of the game, and Drake couldn’t believe it.

With a few seconds left to go in regulation Lakers found themselves down by 3 points in Canada after Westbrook bricked a three off the side of the backboard. It looked like it would be another night where Westbrook would be ridiculed on social media for costing Lakers a game. However, in the blink of an eye the dire situation would turn into one of the most important wins of Lakers’ woeful season.

As Raptors inbounded the ball Precious Achiuwa was double teamed, which forced him into a bad pass to Scottie Barnes. Unable to properly corral the ball, Russell Westbrook stole the ball then ran up court to make a tough leaning three to tie the game. On slow motion replay it would show that Westbrook seemingly subconsciously was able to position his toe just behind the three point line.

Lakers’ win was the first time in many games that Russell Westbrook got a triple double. He finished the night with 22 points, 10 rebounds, and 10 assists. Most importantly he shot 4-7 from three point land, and was great on the defensive end.

This special moment for Westbrook could end up being the turning point of Lakers’ season. Can they finish out on a win streak, and carry that momentum to the playoffs? 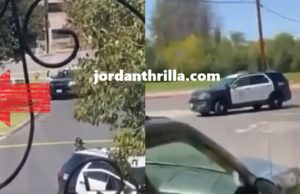 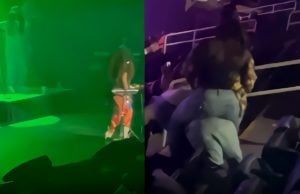 When Kwame Brown threatened to slap Stephen A Smith, he probably thought it would send fear through the old man's heart. However, the reality...