A gang of Trump supporters mobbed Senator Lindsey Graham at the Reagan airport for turning on Donald Trump.

In the viral footage Trump supporters heckle Lindsey Graham with insults calling him a “traitor”. This was the reaction to Lindsey Graham speaking out against Donald Trump a few days ago. Lindsey Graham who was once adamant about the election being rigged had a change of tune that rubbed Trump Supporters the wrong way.

In one of the videos you can hear Trump Supporters saying Lindsey Graham “You traitor, you traitor. You knew it was rigged“. Lindsey Graham just held his head down as police escorted him to safety.

The past few days seem to have been a living nightmare for Trump supporters as they saw their political world turn upside by their own doing. Trump supporters always touted “Blue Lives Matter”, then ended causing a police officer to die and many other law enforcement officials to be injured at the Capitol Building. Then they saw some of their favorite republicans turn on Donald Trump and refuse to contest the election results.

This video of Trump supporters mobbing and heckling Lindsey Graham just conveys the inner turmoil they are going through. 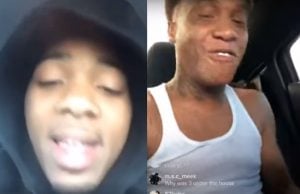 For many years people have wondered if Young Buck is gay. It all started when a Transgendered...
- Advertisement - 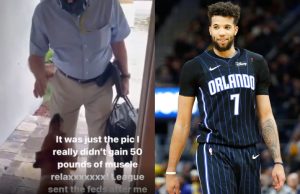