Antonio Brown may never play in the NFL again, but that doesn’t mean he’s done doing big things. Without football having to take up his time Antonio Brown is focusing 100% on his budding music career. With his new album ‘Paradigm’ trending worldwide he has a lot to be happy about despite people clowning his recent concert footage. Antonio Brown’s alleged girlfriend Keyshia Cole is supporting her man 100%.

While it’s not confirmed that Antonio Brown is smashing Keyshia Cole, it’s clear the two have some type of close relationship going on. Not only is she on his new album, the two have been seen together quite often and they perform together on stage seamlessly. In addition she is defending her alleged beau’s music career against the haters.

Trending Now  What Type of Rare Cancer Did Virgil Abloh Have? Celebrities and BTS React to Virgil Abloh Dead From Rarest Type of Cancer

Recently footage went viral on social media of Antonio Brown’s performing in front a small crowd during his ‘Paradigm’ concert. Naturally this led to many jokes on social media from people who doubt his music career will ever be as successful as he thinks it will. In the footage the tiny crowd also had no energy despite Antonio Brown trying his best to get them amped up. Nevertheless his music is still incredible. Take a look at the viral video of the small crowd at Antonio Brown’s ‘Paradigm’ concert. To his defense it was packed if you consider the small location.

Despite the world doubting Antonio Brown’s music ability, his alleged girlfriend Keyshia Cole still thinks highly of her new possible lover’s talent on the mic. During a recent TMZ interview Keyshia Cole said Antonio Brown can win a Grammy with his music. She could definitely be right, because AB’s music is truly unique. Is this more proof that Antonio Brown is smashing Keyshia Cole?

Their chemistry on stage together is truly undeniable. They definitely make a perfect couple. Take a look at this video of them performing AB’s single “Don’t Leave” live for the first time.

If you haven’t heard it yet you should go purchase Antonio Brown’s Paradigm album on whatever streaming platform you use. It’s a certified classic, plus he talks about real life situations like how he fell out with the Bucs. 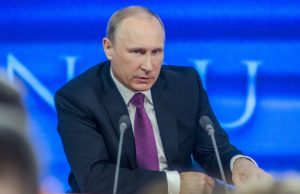 Did Vladimir Putin Kidnap 121,000 Ukraine Children and Send them to...

As the Ukraine Russia war continues to devastate families, the stories of the heinous crimes Vladimir Putin... 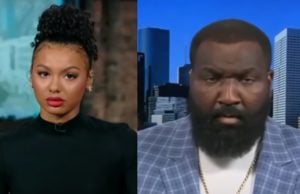