These days there’s nothing that gets Kanye West more angry than Pete Davidson’s relationship with his ex-wife Kim Kardashian, or so it seems. Since the two started dating the beef between the billionaire hip-hop superstar and funny guy comedian has been well documented on social media through videos, leaked texts, and word of mouth. Now with the Season 2 Teaser of The Kardashians recently being released a certain aspect of the show is sure to grind Kanye West’s gears again.

All men know that thought of a woman you used to date, or are currently dating taking a shower with another man is one that makes your emotions boil. This is natural, because showering with someone is one of the most intimate ways to make love. It’s like the equivalent of making love on the beach while it’s raining outside. It can take passion to the next level.

The Kardashians Season 2 trailer showing Kim Kardashian’s shower escapade with Pete Davidson comes amidst the rumors that their relationship may be on the rocks after he allegedly moved to Australia. The new season will premiere on Hulu on September 22 with new episodes showing every Thursday. If you’re a fan of the show get your popcorn ready. 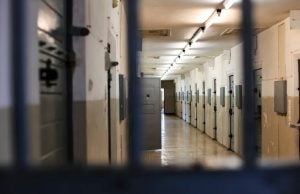