Only a few games into his NBA career LaMelo Ball is already making NBA History. During Hornets vs Hawks Lamelo Ball became the youngest player ever to record a triple double in the NBA. Melo Ball finished with a stat line of 21 points, 10 rebounds, and 10 assists. To make things crazier he only had 1 turnover.

This came one game after Lamelo Ball missed a triple double by only 1 assist, which led to an altercation between him and Bismack Biyombo when he went stat hunting for it. This time LaMelo Ball’s triple double came naturally in the flow of the game.

When Lavar Ball said LaMelo would be the best Ball brother he wasn’t lying. In this game Lamelo Ball started of the game a perfect 7-7 from the floor. In his NBA career so far he is everything people thought Lonzo Ball would be, but even better.

See also  These Three NBA Players are Tied for Leading League in Scoring: Crazy Stat After Lebron James Back to Back 50 Points at 37

LaMelo Ball plays like he has been in the NBA longer than Lonzo Ball, which is simply incredible. Michael Jordan can finally say he made a good draft pick. 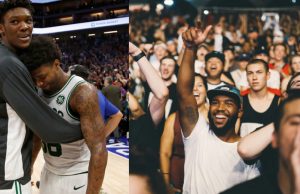 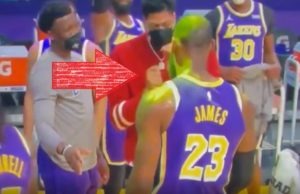 LaMelo Ball disrespected Lebron before their matchup against each other, but Lebron got the last laugh for...
- Advertisement - 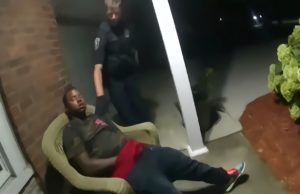 When you're tired and need to get some rest, one of the worst places to fall asleep...