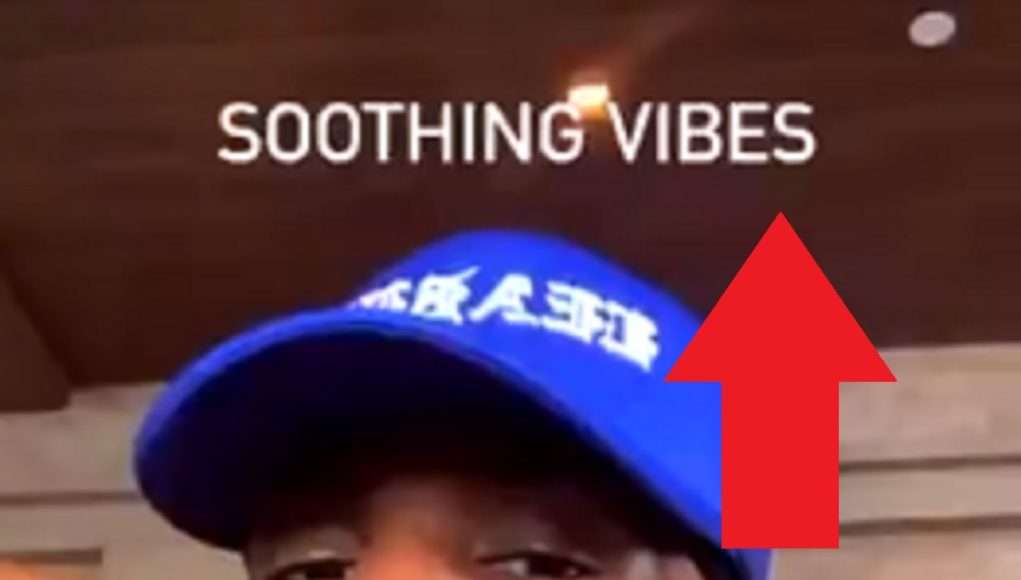 Lebron James responded to the video of Bronny James smoking weed, in the most zen master way possible. Lebron James reacted to Bronny Smoking marijuana on camera by smoking a harmonica. Lebron James added the caption “soothing vibes”, which lets you know he was trying to quell an enormous amount of anger towards his son.

Lebron is stuck at the Orlando Bubble so he can’t physically punish Bronny James for smoking a marijuana blunt yet. Take a look at Lebron James reaction to his son Bronny smoking weed.

Bronny James is probably shaking in his boots watching Lebron’s reaction to his smoking weed video. The way Lebron James is looking at the camera tells the whole story. Lebron James has the “he know he done messed up” look in his eyes.

Lebron James is probably going to put Bronny James on grounding for the rest of the year over that smoking weed video. Lets hope Lebron’s harmonica can keep him level headed to finish out Lakers championship run.

JordanThrilla - October 23, 2020
Shaq has never been a fan of Dwight Howard, and the trend continued in the most disrespectful...