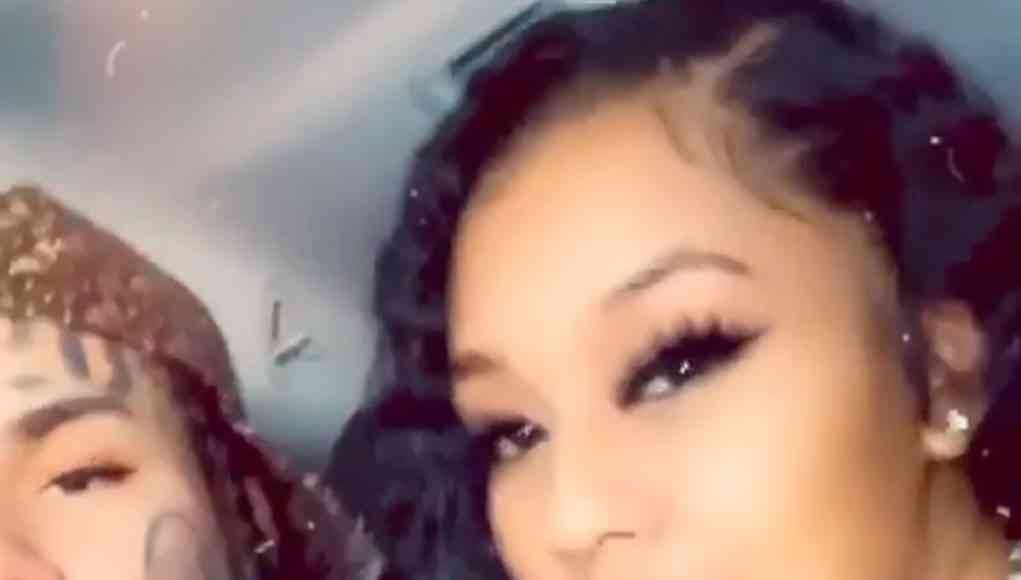 A new video photo suggests that Tekashi 6IX9INE is getting married to his girlfriend Jade. In the video Tekashi69’s girlfriend Jade is trying on diamond rings, as if the two had gotten engaged. Based on the background of the video, you can see the glass case full of wedding rings behind her hand.

Does this mean Tekashi69 is getting married to Jade? Remember this is the woman that got Tekashi’s face tattooed on her body, and there probably isn’t too many other women who would do the same for him. She’s also the mother of kids. Jade captioned the picture of the wedding rings saying “fire” with an eyeball emoji.

With his “TattleTales” album flopping and so many people clowning, Tekashi 6IX9INE probably found the emotional support he needs from Jade. Perhaps during this tough time for his career he realized he needed to marry the one woman who seemed to be there with him through thick and thin.

On the flipside the picture could mean nothing more than Jade just trying on some jewelry, and trying to stunt on people. If Tekashi 6IX9INE and his girlfriend are engaged, congrats to them.

Is Cardi B Finding Out Rapper Offset is Gay the Reason for Cardi B...

JordanThrilla - September 18, 2020
When Kyle Kuzma reacted Breonna Taylor's family getting $12 million, it caused quite a stir on twitter....