Pro skater Terry Kennedy is in massive trouble with the law after seemingly going crazy on Tuesday. According to reports, it’s alleged Terry Kennedy attempted murdering a man leaving the victim’s skull fractured, then threatened to murder cops before he was arrested. He was charged with aggravated battery and threatening a public official. His bond was set at $100K, and he is still in prison at the time of this writing.

The incident began when cops arrived at the scene of a motel in Oakbrook Terrace, IL. They got calls reporting a man had been beaten. It’s alleged Terry Kennedy fractured a man’s skull leaving him with a severe concussion before running from the scene. Police arrested Terry Kennedy in Chicago.

Terry Kennedy allegedly told the cops that he would kill one of them, and also added that people kill cops where he’s from. Here’s a look at Terry Kennedy’s mugshot.

The question as to what made him so angry still has not been answered. However, according to reports Terry Kennedy’s mental health became an issue after he started being managed by a man named Joshua Compton aka HABIBI who claimed to be his friend.

A viral rumor alleges Joshua Compton aka HABIBI stole Terry Kennedy’s phone and his Instagram account, and has been using it for his own personal business interests after abandoning him. Could that be part of the reason Terry Kennedy went crazy today? 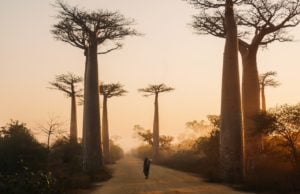 The sports world is buzzing about Damian Lillard's cryptic Instagram post after being eliminated in the first...

Will Luka Doncic participate in the 2022 Dunk Contest? Luka Doncic isn't known as a high flyer, but before Lakers vs Mavericks he wanted...