JordanThrilla
Home Hollywood Was Barney Hiding Drugs in his Tail? New Dark Side of Barney...

Barney the Purple Dinosaur is one of the most well known children show characters of all time. His show has been watched by multiple generations of people. What many don’t know is the drama that went on behind the scenes with the person wearing the suit and producers of the show due to rumors and allegations that were floating around by people who wanted to see them fail.

Was Barney Hiding Drugs in his Tail? New Dark Side of Barney Docuseries Might Change Your View of the Beloved Character

When Barney was created he was supposed to be a symbol of unity, acceptance, and connection. However, as with most symbols of peace there are those that wanted to tarnish his image in multiple ways. At the height of the character’s success were allegations of drugs, death threats, and general hate. Some people even accused Barney of hiding drugs in his tail as crazy as it sounds. All this will be talked about in the new Dark Side of Barney docuseries airing exclusively on Peacock. Take a look at the trailer.

The Barney docuseries trailer brings back memories of that Robot Chicken episode where he ended up in jail after falling in love with a hooker 😂😂pic.twitter.com/GHpIfKC1WV #Barney

As our tweet mentions the trailer brings back memories of the Robot Chicken episode about Barney hitting rock bottom.

It’s surprising to know that people were accusing Barney of doing drugs, and even sending him death threats. More proof that people can find any reason to dislike something that represents peace and unity. It’s safe to the Barney docuseries is going to be a major hit for Peacock, because it looks like a very intriguing watch. 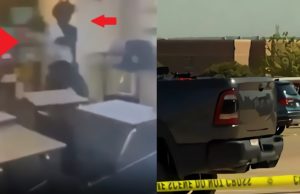