JordanThrilla
Home Sports Here is Why Referees Gave Russell Westbrook a Technical Foul During the...

The dust settled on what was a crazy night for the Lakers that ultimately ended in a win. Lebron James was ejected after an elbow caused Isaiah Stewart to bleed. The incident led to a mass scuffle after Isaiah Stewart tried fighting Lebron James in retaliation. After the game Russell Westbrook was left confused about one detail of the entire incident.

After the game Russell Westbrook learned he got a Technical foul while Isaiah Stewart was trying to fight Lebron James. He was genuinely confused, and ultimately pinned it on the referees targeting him, because of his name. He said he wasn’t bothered by it, but he clearly was.

Why Did Russell Westbrook Get a Technical Foul During the Lebron James vs Isaiah Stewart Fight?

Although Russell Westbrook is confused about getting a technical foul there is a good reason why referees made that decision. During the altercation Russell Westbrook put up his fists at Isaiah Stewart like he was ready to throw some punches. That could be considered instigating the situation.

This seems like a case where Russell Westbrook needed to watch the tape again before reacting, but he probably will later considering how perplexed he was after learning he got a tech. It doesn’t seem like refs targeted him due to his character, rather they were being cautious by handing out technical fouls like candy. They weren’t trying to see another Malice in Palace. 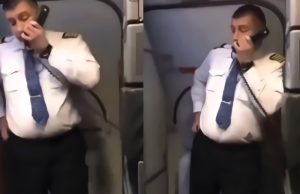 Since the war in Ukraine has began many people have demonized all residents of Russia behind Vladimir... 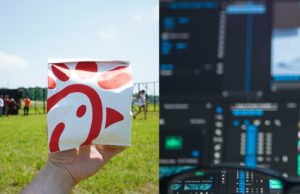 Is a Rogue Developer Behind the Chick-Fil-A App Hacked Scandal? Conspiracy...

Everyone dreads that moment they wake up to find there are some unknown charges in their bank...

Lil Uzi Vert is truly a man of the people, and a recent video is more proof of why. Social media is going crazy...