Stephen Curry had an incredible night to help Warriors even the series against Boston Celtics in the 2022 NBA Finals, but it was his dad Dell Curry that stole the show. As you probably know back in August 2021 news broke that Sonya Curry filed for divorce from Dell Curry. Then it was found out that Sonya Curry was allegedly cheating with a New England Patriots player whom she is still with now. In a relationship how would you get back at someone who cheated on you? Well Dell Curry may have figured out the perfect way to make Sonya Curry and her new beau mad.

According to reports Sonya Curry still denies cheating on Dell Curry stating that her relationship with Steven Johnson started after they decided to legally separate in March 2020. In essence she is saying Dell Curry was the only one that was being unfaithful during their marriage, because it’s also alleged that Dell Curry was cheating on Sonya Curry, and everyone in their family knew about it. His alleged infidelity was like an open secret.

The divorce battle between Dell Curry and Sonya Curry went public on on Seth Curry’s 31st birthday as you can see in the tweets above. It’s ironic that it’s ruling headlines again during Stephen Curry’s most important NBA Finals in terms of his legacy.

Dell Curry dating the Ex-wife of Sonya Curry’s boyfriend Steven Johnson is just all kinds of messy. It could be a surefire sign that there is still some tension between the Curry’s one year later. The basketball power couple met at Virginia Tech University, and got married in 1988, but now make a good ESPN 30 for 30 story. 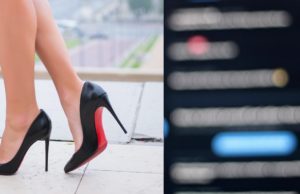 Over the years we have all heard some strange stories about things that allegedly go on in...