John Wall and James Harden are possibly Blood brothers, but on the basketball court they couldn’t be farther apart. John Wall dissed James Harden after Lakers destroyed Rockets for the second time in the past few days.

It was James Harden’s comment saying Rockets “can’t be fixed“, that led to John Wall calling out James Harden in his postgame interview. After hearing what he said John Wall responded to James Harden saying, “It’s only been nine games. You want to jump off the cliff after nine games?“.

What you have here is two players at two different stages in their career. John Wall is past his prime, and is just happy to be playing basketball again after suffering a career altering Achilles injury. His main mission this season is to prove he can still perform at high level.

On the flipside James Harden is tired of choking every year in the playoffs while wearing a Houston jersey. Although most of Rockets’ failures are directly James Harden’s fault, he never holds anyone accountable for his own shortcomings. This leads to him wanting to “jump off a cliff” early on in this season.

The James Harden era in Houston has been a disaster, with the only real bright spot being the year Chris Paul carried them to Western Conference Finals only for James Harden to throw it all away after CP3 got injured.

Pray for John Wall, he is now suffering through the purgatory that is playing with a basketball impostor like James Harden 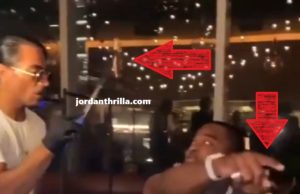 Many people have always talked about how suspect it looks when men eat meat from Salt Bae,... 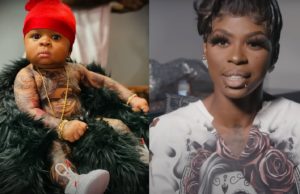 When most parents think of unique ways to spend time with their young child, going a tattoo...
- Advertisement -