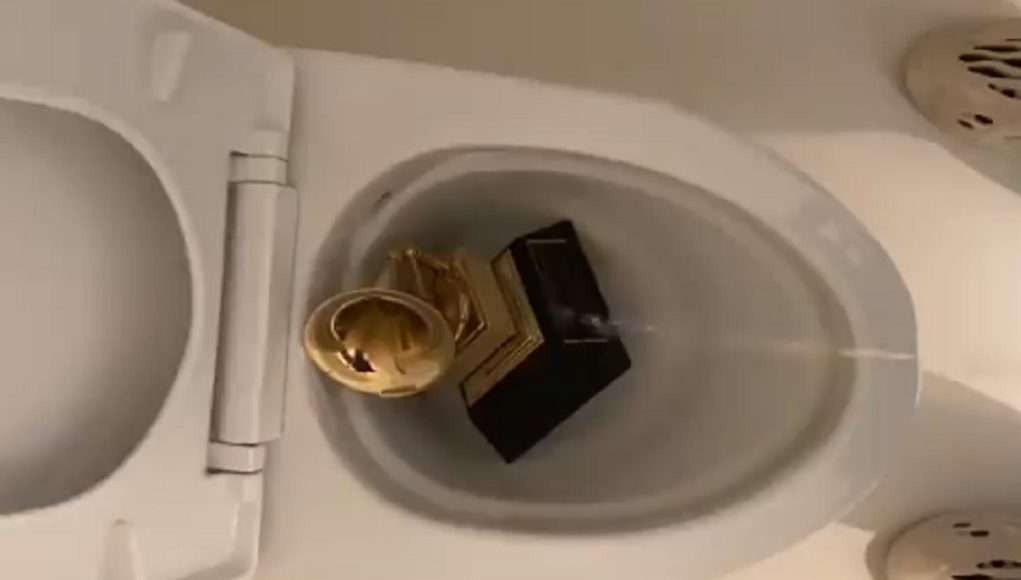 It seems like Kanye West is going all in his effort to exposed his label. Take a look at Kanye urinating on his own Grammy award in his bathroom while wearing YEEZY sneakers. We also include the photos of his contract he posted.

Kanye West urinating on a Grammy is the ultimate form of disrespect. It’s the perfect way to convey it’s worthless to him. The video is sure to make higher ups in the music industry very angry.

When Kanye started his twitter rant yesterday, no one expected this is what would be coming next. Kanye West continues to be the most bold superstar ever.

JordanThrilla - October 22, 2020
In this article Racist 90's animators get exposed for giving every black character the same haircut in...

JordanThrilla - October 26, 2020
Dwight Howard won a championship a few weeks, but his personal life seems to be getting worse...