Yesterday was huge day in the development of the RICO case against YSL. It was the day some of the accused would find out if they were going to be able to walk free until the trial date. Any glimmer of hope they had seemed to fade as the judge announced the decision on their bond. For Young Thug a bladder issue during his bond hearing made him go viral nationwide.

Young Thug was denied bond by the judge after a lengthy deliberation about the charges at hand. Yak Gotti shared a similar fate during his bond hearing. The strangest moment from the bond hearings was definitely an incident where an eloquent sounding Young Thug asked to use the bathroom. He politely let the judge know that he was holding it in for a long time.

The situation became a bit embarrassing when the courtroom laughed at Young Thug asking to use the bathroom. The judge snapped telling them to stop.

People laughed at Young Thug asking to use the restroom during his bond hearing and the judge told them to stop pic.twitter.com/sTGNM1z1xu

Seeing people in the courtroom laughing at Young Thug needing use to the bathroom has some people wondering if he gets disrespected behind bars. Some people believe that this might end up like another Kodak Black situation, especially considering Young Thug was moved to the infamous Cobb County facility. However, the judge did let him use the bathroom, so that could also be sign he is being given fair treatment. 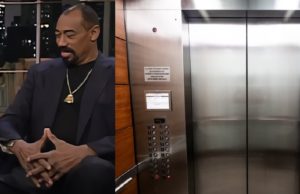 Here is Why the Video Story of Wilt Chamberlain Spitting on...

When ever a documentary is done on a high profile athlete there always seems to be an... 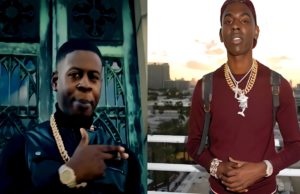 When you're planning to prank someone you always have to take into account that things could go left depending on how the person reacts...

Devin Booker “Next Question” Response to Reporter Who Asked Stupid Question About Chris Paul After...