Michael Rapaport responded to Meyers Leonard’s anti-Semitic racial slur about Jewish people, and he got super personal with it. Michael Rapoport cursed out Meyers Leonard calling him a “Goofy Seven Foot Bleach Blonde Headed Dumbf***” in his over 3 minute rant.

Most people don’t know it, but Michael Rapaport is a Jewish man, so he was very offended by what was said during that Call of Duty Livestream. Take a listen.

Meyers Leonard has reportedly apologized for his racist remark, but people aren’t buying it. The ramifications for what he did are steep, because he was removed from the Heat team indefinitely.

It will be tough for Meyers Leonard to ever recover from this colossal racist mistake he made. Ironically he exposed himself, so he has only himself to blame.

When something that was once a conspiracy theory has becomes officially proven the world usually reacts with...
- Advertisement - 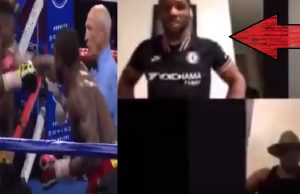 A Nigerian boxer who got super disrespectful before a match is now viral after being embarrassed. Efetobor... 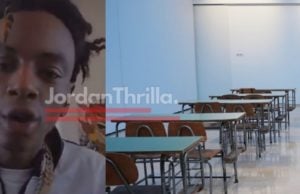