In the footage Southside basically warned Lil Uzi Vert not to bother Yung Miami again. He called him a “purse wearing weirdo”. Most notably it was revealed that Southside saved Lil Uzi Vert from getting robbed by Offset and his goons. Based on his account he was the only what that had a gun on him, which allowed Lil Uzi Vert to escape the studio he was at with all his jewelry still intact. It sounds like Offset wasn’t playing no games.

The two superstars got into a heated argument on social media. It ended with Lil Uzi Vert sending Offset an upside down cross picture along with a “666”, which seemed like a subliminal threat. Upside down crosses and the Illuminati devil worship number 666 usually represent evil intentions. Offset responded saying “I will pray for you my brother”, which seemed like a passive aggressive way of letting him know something was going down soon.

Lil Uzi Vert has made a lot of enemies in this situation with Yung Miami. That IG live video was super disrespectful though.

It’s not often you see him beefing with so many people at once. 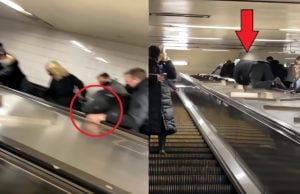 Watch: Video of Grand Central Escalator Fight and Details on What...

Just a few days after social media witnessed a shooting happen at a Subway station in Chicago,... 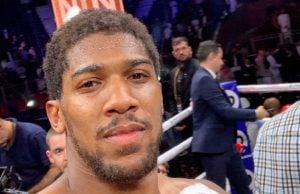 What would you say is the most petty reason to cheat on your significant other? Your answer probably won't be pettier than the reason...