JordanThrilla
Home Conspiracy Theories Who is Freddie Trone? Stephanie Sibounheuang’s Innocence Could Be Proven by Details...

Back on September 12 PNB Rock was eating at Roscoe’s House of Chicken and Waffles in Inglewood when a man wearing a purple mask entered the business, and shot him in his chest. Viral footage showed PNB Rock’s dying body on the floor of the restaurant still conscious and able to move before the first responders put him in an ambulance. He would later be pronounced dead. Now about two weeks later the suspects who shot and killed PNB Rock have been arrested, and apparently it was a father son duo. The intricate details of how they orchestrated the crime could prove that PNB Rock’s girlfriend Stephanie Sibounheuang posting his location had nothing to do with his death.

- Advertisement -
Must Read  Is T-Pain Broke Because he was Scammed? Viral Video Shows T-Pain Rolls-Royce Car Getting Repossessed

Who is Freddie Lee Trone? Details about the Father and Son Arrested for Murdering PNB Rock Proves His Girlfriend Stephanie Sibounheuang is Innocent

According to reports Freddie Trone is the man who killed PNB Rock. However, police are accusing his 17 year old son of driving the getaway car according to TMZ. Based on the allegations Freddie Trone and his son were waiting in the parking lot before he arrived, which means they already knew where he was going before PNB’s rock’s girlfriend Stephanie Sibounheuang posted the location on Instagram.

Must Read  Is Amazon Alexa Promoting Child Abuse? Video Shows Alexa Telling Parent to Punch Their Child in the Throat

After committing the crime Freddie Lee Trone and his son allegedly burned the getaway vehicle to get rid of any evidence. It’s not clear how police discovered they were responsible for PNB Rock’s murder, but it seems they may have used surveillance footage. Take a look at Freddie Lee Trone’s mugshot.

When the shooting was first reported people were blaming PNB Rock’s girlfriend for posting his location due to his IG post.

Freddie Lee Trone and his son targeted PNB Rock, because of the expensive diamond chain he was wearing. Police are still investigating to see if anyone else was involved, because as aforementioned they were already at Roscoe’s before PNB Rock arrived, which means they got intel from somewhere about where he was going.

Swifty Blue has setup a ‘Check-in Website‘ for rappers visiting LA to hopefully prevent situations like this from happening in the future. 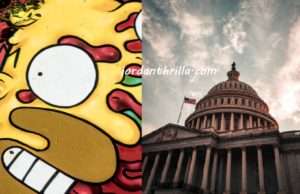 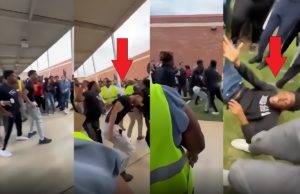 The quality of life for the kids of Hollywood stars is always a complex area of discussion. While some people would assume they have...